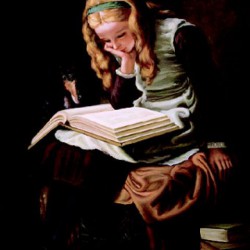 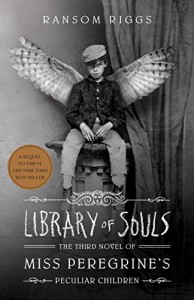 So, I had several complaints about this book, but overall, I thought it was a good ending to the trilogy.

There's some more inconsistency in Library of Souls. We were told in the first book that the Peculiars could only be outside of their loops for a few hours before aging up (remember the apple?), but in this book, they say that they have two or three days to work with...

I got really confused when they started using the word "suul". At first, I thought it was a typo, but they kept using it. I don't think it was ever explained, but I think it's supposed to be the second soul of the Peculiars. But to use a made-up word without warning and explanation was annoying.

I'm also confused about the names of Miss Peregrine and her siblings as they seem to have different surnames. Did I miss something here? They were often referred to as Alma, Bentham and Caul, though, and I wondered if the alphabetization was on purpose. Were they born in that order? It seemed like Caul was the middle child.

I was disappointed by the lack of secondary characters. I care about them more than Jacob and Emma. I realized it was kind of boring with just the two of them around.

And really, why must each chapter be 50 pages long?

But the book gets bonus points for referring to Frankenstein's monster and not saying "Frankenstein" while meaning the unnamed monster.

I thought it was interesting that we had three male characters with names that are typically considered female these days: Addison, Sharon, and Kim.

Most importantly, I enjoyed the ending. The chapter involving Jacob's parents and new therapist successfully pissed me off (in a good way). I like to imagine that the Peculiars stole back the letters. Or that the parents got them back from the therapist.